We proudly present: the Ollies!

An award for the most refined pralines! A new award that has not yet been created. But it could. Compare it to the Oscars, the Grammys, the Emmys, the Ensors and the Jamies.

The Ollies reward seamanship. Olivier creates real gems, piece by piece. Whether moulded or cut, Olivier shapes them in the brightest colors with the tastiest filling.

As a loyal sponsor of the Ostend Film Festival, numerous national and international actors, actresses and directors were introduced to his pralines.

A master chef experiments and creates. New flavours, new discoveries. Just like a master chocolatier. Olivier Willems is constantly looking for other combinations. In his studio he develops new pralines and takes classic creations to a higher level. For example, there is the praline with gin & tonic based on the Tarquin's Cornish Dry gin. He previously paid tribute to James Ensor and also launched the corona praline, decorated with emoticons. Bold creations in the box!

If The Ollies exist, this delicious praline certainly deserves one: the PoppoLou Rocks. A praline in which you can see and taste the sea. The red-orange glow symbolizes the summer sunset. The brown color of caramel reminds you of the beach. The pinch of sea salt refines the praline.

The chocolate ganache consists of the local PoppoLou beer, combined with the Açai berry from Brazil: a perfect fusion of local and international influences.

A shiny red work of art, just like the Ostend Rock Strangers. Rock & chocolate through and through!

Olivier also has a clue about baking. You can find his homemade macarons in his shop. During the summer he boasts his amazing vanilla ice cream. His very own recipe, or what else were you thinking? Soft ice is also available, of course finished with original toppings. Opinionated!

Olivier Willems, your chocolatier by the sea. 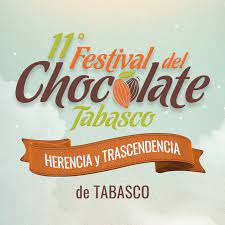